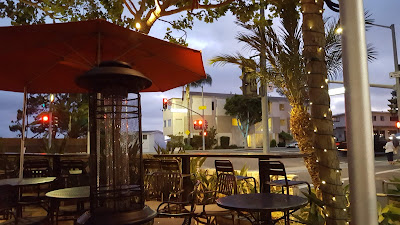 One of my traditions after visiting Crystal Cove State Beach is to enjoy some pizza with some good friends. Gina's has a nice outdoor cafe situated along Highway 1, but with plenty of parking well away from the traffic. The food is excellent, as is the atmosphere. There are plenty of heating lamps if needed. The night we were there was actually quite nice. There is a section of the patio reserved for those who prefer beer or wine with their meal. Depending who is with me, I get to indulge a bit. Laguna Beach as a city has changed tremendously since I first visited it back in 1986. I will have to look through and scan images to document those changes as time permits.
at December 04, 2018 No comments: 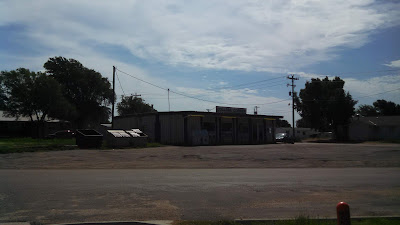 When I first moved to Goodwell, OK in 2000, there were two gas stations: College Corner and 54 Gas n Go. About halfway through my tenure at OPSU, College Corner stopped selling gasoline and became strictly a convenience store. My kids would stop by there to pick up a soda or some snacks on the way home from school. Folks there were still friendly when I stopped in back in 2015.
at December 04, 2018 No comments: 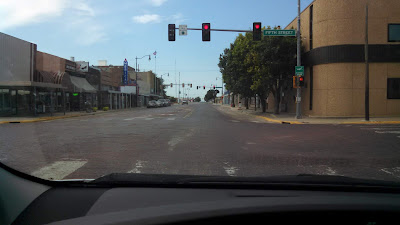 Here is a photo of downtown Guymon, OK just as I was getting ready to head back home to Arkansas on a quiet Sunday morning in late July 2015. Though not obvious in this photo, there was a fair amount of renovation going on downtown that year. Although many communities in the Oklahoma panhandle region have experienced significant population losses in recent years, Guymon has remained stable and even grown a bit. Its largest employer is Seaboard Farms, which helps, as does having Oklahoma Panhandle State University just a few miles down US-54. Quite a few new businesses had sprung up since I had moved away in 2010. Hospitality industry seems to fare pretty well, which makes sense since two major highways (US 54 and US 64/US 412/OK State Highway 3) intersect near the northern portion of the city.

I am planning another trip out that way either in 2019 during the summer or 2020. The route I take brings me through Watonga, Seiling, and Woodward just to the east and south of the panhandle region, and I am always curious to see how these communities are faring. Watonga took quite a hit last decade and never recovered. I may take some photos documenting some of its abandoned structures. I am also hoping to see a still-healthy Guymon and Goodwell.
at December 04, 2018 No comments:

I recently replaced my Galaxy S6 with an LG V40 ThinQ. I have been playing around with its camera settings, and this Thanksgiving weekend provided me with an opportunity to see what I could do with it at night. Nighttime photography has often been a chore, as my prior mobile phones' cameras had only minimal settings available, and their manual options were often iffy. This one seems to do well even with automatic settings (I used the AI settings for this photo). I still have plenty to figure out, as I have only had the phone a few weeks, and my schedule has been heavy.

In the meantime, I love how this photo turned out. It managed to capture quite well what I was experiencing outside late at night.
at November 25, 2018 No comments: 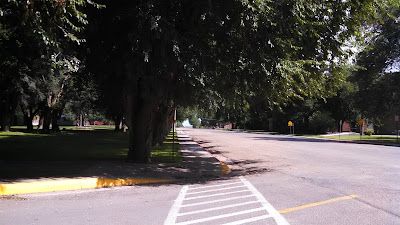 Here is a view of Aggie Avenue through the Oklahoma Panhandle State University campus. A large portion of Goodwell's trees are located on the campus grounds. The university is as close to an arboretum as you can get in the panhandle region. Given the semi-arid climate associated with short-grass prairies, the campus looks like an oasis from a distance. On a hot summer's day, the shade provided by these trees provides welcome relief from the heat.

This photo was from my last trip to the area in July 2015. I am hoping to make a trip up that way in the summer of 2019 or 2020. I spent a significant portion of my professional life at OPSU and as a community member in Goodwell: I lived and worked there from August 2000 until the start of August 2010.
at November 25, 2018 No comments:

Sunset Along the Arkansas River 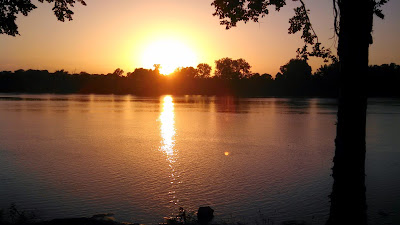 This is one of numerous sunset photos I have taken along the Arkansas river front in Fort Smith. This one is from the summer of 2014. I took this photo from a walkway located in the Fort Smith National Historical Site, administered by the National Park service. It is one of my favorite locations for photography.
at August 29, 2018 No comments: 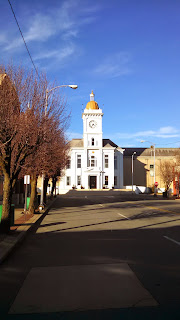 The Jefferson County Courthouse in Pine Bluff, AR. This was taken late afternoon on a Saturday in January, 2015. Pine Bluff fell on hard times, and has lost much of its population over the last couple decades. That I was able to stand in what should have been a busy street in order to frame a shot is a testament to the difficulties this city is facing.

One of my traditions after visiting Crystal Cove State Beach is to enjoy some pizza with some good friends. Gina's has a nice ou...